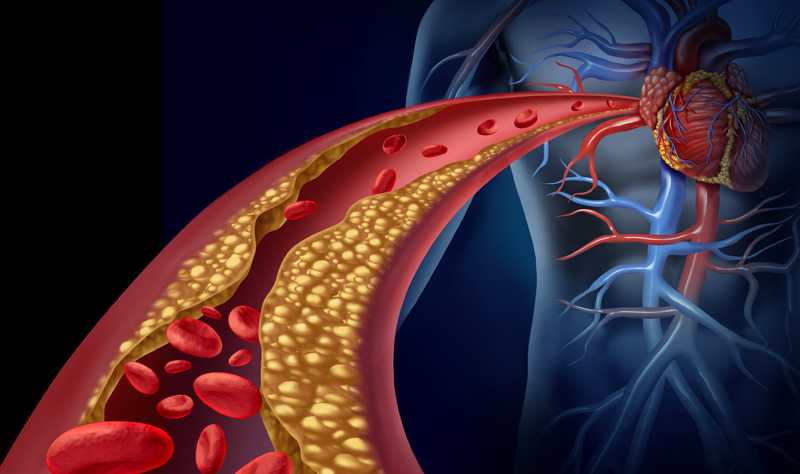 Arteriosclerosis is probably the most common disease worldwide. With increasing age, the number of patients with significant arteriosclerotic changes increases, and it can be assumed that practically every patient over 80 years of age has at least one form of this vascular disease. The age distribution in the western world will lead to a further increase in arteriosclerotic systemic diseases. In Germany, arteriosclerosis and its complications led to 3500 days of inpatient hospitalisation per 100,000 inhabitants in 2015.

Arteriosclerosis as a cause of cardiovascular disease is currently responsible for most deaths and illnesses in industrial societies. If the diagnosis is made in good time, arteriosclerosis can be treated (with medication, change of behaviour) and the majority of its sequelae can be prevented (especially myocardial infarction or renal insufficiency). Today, however, a diagnosis is usually made too late and only when acute symptoms and damage have already occurred. Treatment can then usually only alleviate symptoms, but in many cases no complete cure can be achieved.

The aim of the project is the development of a 'liquid-biopsy' based diagnostic test procedure, which for the first time will allow an individual assessment of the risk of arteriosclerosis and its organ-specific sequelae.

This project will be in cooperation with the hospital of the Ludwig-Maximilians-University (LMU) Munich, the Technical University of Munich (TUM) and the company TIB MOLBIOL and is funded by ZIM, Germany's largest innovation programme for small and medium-sized enterprises. 'ZIM' stands for 'Zentrales Innovationsprogramm Mittelstand', which means 'Central Innovation Programme for small and medium-sized enterprises (SMEs)'. It is a funding programme of the Federal Ministry for Economic Affairs and Energy (BMWi) that aims to foster the innovative capacity of SMEs.